Not that I’m fishing for well-wishes, I just thought I needed an excuse to dash off a quick post about little things. Like my birthday. Which was Friday, so you’re late anyway.

I am now 35. This seems like a large number. But considering I have vague recollections of the 70s, I suppose it shouldn’t be too surprising.

I had a party on Saturday during which we watched the series finale of Doctor Who. Which was awesome, by the way. I cannot express how happy I am with this season. While I enjoyed Russel T Davies’ Doctor Who and thought David Tennant was awesome, the writing really doesn’t hold up on reflection. And in the gap year especially, it was becoming increasingly clear that RTD had run out of ideas. The new series is fresh and new and excellent. Stephen Moffat’s writing is a lot tighter, even though he isn’t straying too far from RTD’s playbook. I love Matt Smith’s zany and alien portayal of the Doctor and I hope they’re able to develop it further through the series.

In short: awesome. If you’ve fallen off the Doctor Who bandwagon or have put off getting on, season 5 is an excellent point to jump on. And you totally should.

I’m debating tonight whether I should go to dodgeball or [Devhouse Waterloo](http://devwaterloo.pbworks.com/). I’m leaning towards dodgeball, because while I was hoping to preview my Clutter presentation at Devhouse, after spending the last couple days couped up inside, I think I need to run around for a bit.

You can just see the terror in this man’s eyes.

I was expecting [AN](http://animenorth.com) to be kind of sad this year, what with [Bill](http://thesidekick.ca/) off on his honeymoon. And, I mean, it’s not like I actually watch anime much anymore.

But it was fun, for the most part. I got to see a few old friends I don’t get to see very often. I got to hang out with people I see quite a lot, but never tire of. And I got to buy an awesome set of Long Cat pins. I mean seriously, check them out! 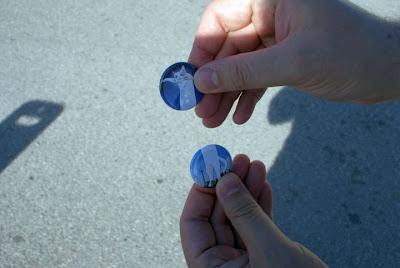 I also got to see Rin (who was too busy dealing with real life to bother with nonsense like Anime North this year) and watch [this week’s installment of Doctor Who](http://tardis.wikia.com/wiki/Cold_Blood). She wasn’t entirely pleased with the ending, but I thought it was pretty brilliant.

Back at Anime North, score one for Kwartzlab, as [Alex’s commissioned Bowser costume](http://www.youtube.com/watch?v=z7NAJUCy5MM) (aka the KwartzMonster, so named because he’s been living in the ‘Lab for many weeks) won Best in Class in the Master division. Go Alex!